According to the financial times, Charles Schwab is looking to acquire TD Ameritrade in a 26 billion dollar deal.  TD's stock rose north of 20% on this news and Charles Schwab stock saw a surge of about 8%.

A merger of this sort would find the combined duo overseeing 5 trillion in client assets.

If regulators approve such a deal, it could spell trouble for companies such as E*Trade (ETFC) and Interactive Brokers (IBKR)

Smaller competitors like Robinhood and Webull can also find themselves getting squeezed by such a merger. 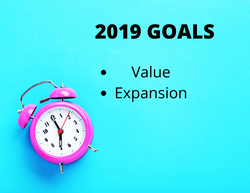 Elon Musk revealed Tesla's new Cybertruck on Thursday and the stock sold off north of 10% the following trading day.

Despite a faulty demonstration and a unique design that's being touted as 'ugly' by many investors; the company received close to 200k orders in its first 24 hours.

Or stated another way, close to 20 million in revenue overnight.

I wouldn't necessarily write the stock and company off so quickly, HERE's my thoughts on the stock price.
​

Gap CEO Art Peck departed over 2 weeks ago and the stock sold off on this news.

Place on your watchlist.
​

____
​
Pot stocks soared last week on news that the House passed a bill that would allow for the legalization of marijuana on a federal level.

Disney + launched on November 12, 2019.  Demand for this streaming service was so high that the traffic to its website was so heavy that it crashed the site.

With 10 million subscribers within its first week of release; I think its very hard to bet against the Disney machine.

*Disney (DIS) and (SNAP) are trades we took in the premium member community (Become a member by clicking HERE).
​Uber Technologies, Inc. (UBER)
​____
​
Uber reported earnings a few weeks ago and posted a $1.2 Billion dollar loss.

Despite this, UBER outlines a possible path to profitability by 2021.   UBER's lock-up period also expired last week.
Can you do us a favor?  If you got value from this watchlist, please share and help us get the word out.  Thank you for being our lifeline.
SIGN-UP NOW AND BECOME A PREMIUM MEMBER